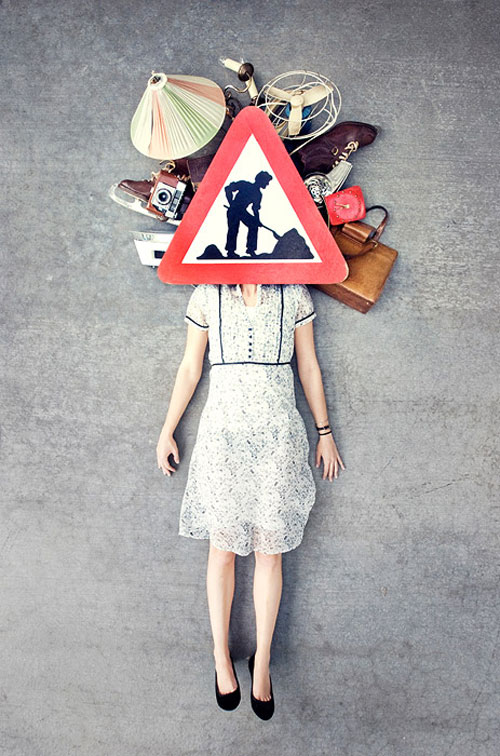 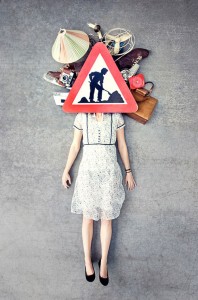 Rene’ Descartes’ “ Cogito ergo sum- I think, therefore I am”  placed the mind firmly at the forefront of Western philosophy at the turn of the 17th Century. Unfortunately, Western civilization’s overidentification with this dictum has been a mixed blessing.

There is no doubt that while the mind is infinitely capable of producing great beauty through its capacity to create and relate, when left to it’s own devices it has a tendency to gorge itself. Whether it be on repetitive rumination, projecting itself ceaselessly into the future, or into the past, the result is that many minds are incapable of being present in the present. This lack of attention and concentration, of being unable to hold awareness in the present moment, has been accelerated exponentially through the herculean pace of our modern lives. We now have access to an infinite amount of information through technology and the media, but the quality of what many of us choose to put into our minds is not always healthy.

In a recent report the National Institute of Health claims that Obesity and Depression are two of the fastest growing illnesses in the United States (see www.ncbi.nlm.nih.gov/pubmed/12893108).

It is possible that our minds, like our bodies are prone to obesity, to becoming ill through a lack of proper mental nourishment and activity. Since the introduction of television, it has become increasingly common for millions of families to switch on the television and watch some mindless program while eating a heat ‘n eat meal rather than connecting and relating to each other around a dinner table.  Many of us are to be found on Facebook, or BBM’ing a friend as opposed to reading a couple of chapters of a stimulating book, or just sitting quietly for a couple of moments.

This has had an effect on the way we use our minds, or more accurately, on the way our minds have begun to use us.

A case must be made that while Western civilization has increased access to resources such as education and health care, mental health related difficulties such as stress, anxiety, depression, addiction, poor self esteem and so on, are on the rise. It seems plausible that while the rise in these issues is partially attributable to the context within which we live, some of the struggle is happening because our minds have become ungovernable, constantly agitated, restless, seeking and unable to focus.

The early pioneer, philosopher-psychologist, William James, wrote that being able to control the attentional aspect of mind is at “the very root of character and will”. The problem is that being able to focus one’s attention and concentration is much easier said than done, this is unfortunate because almost every impressive human achievement is, at heart, through the ability to focus the mind on a specific aspect. Another complicating variable is that many minds are addicted to the pleasure principle i.e. it wants to feel pleasure and wants to avoid any discomfort, but as any athlete can tell you, one does not build stamina and strength by just thinking about it and seeking out pleasure. Why then should it be any different for the mind?  Is it not possible to train the mind? To build its core strength? Can attention be improved?

Psychologists have become more interested in the claims made for meditation, particularly in its promise of improving attention. It certainly seems intuitively right that meditation should improve attention — after all meditation is essentially concentration practice — but what does the scientific evidence tell us?

The problem with attention is that it naturally likes to jump around from one thing to another: attention is prone to restlessness, it won’t settle, something akin to a small child on a lot of sugar. Attention’s fidgety nature can be clearly seen in the phenomenon of ‘binocular rivalry’. If you show one picture to one eye and a different picture to the other eye, attention shuttles between them, wondering which is more interesting.

Carter (2005) had 76 Tibetan Buddhists meditate before taking a binocular rivalry test. In one condition their meditation was ‘compassionate’, thinking about all the suffering in the world while in the other, it was ‘one-point’ meditation focusing completely on one aspect of their experience, for example the breath cycle. Although the ‘compassionate’ form of meditation had no statistically significant effect, the ‘one-point’ meditation reduced the rate of switching in half the participants. Some of the most experienced monks reported complete image stability for a full 5 minutes. When compared to people who do not meditate, these results are exceptional.

Of course we don’t all have 20 years to pass in a mountain retreat learning how to concentrate, so what about the rest of us? A recent study by Dr. Amishi Jha and colleagues at Pennsylvania University (Jha, Krompinger & Baime, 2007) recruited people who had never practiced meditation before and sent them to an 8-week training course in Mindfulness-Based Stress Reduction (MBSR), a program developed by a group of American and British based brain researchers (see the resource section at the end of this article). This consisted of a series of 3-hour classes, with at least 30 minutes of meditation practice per day.

These 17 participants were then compared with a further 17 from a control group on a series of attentional measures. The results showed that those who had received training were better at focusing their attention for longer periods than the control group. There was also qualitative data suggesting reduced levels of stress, anxiety and improved mood states. This certainly suggests that meditation has the capacity to improve attention bandwidth.

There is evidence that meditation can improve a major limitation of the brain’s attentional system. Attentional blink is the finding that our attention ‘blinks’ for about half a second right after we focus on something. Slagter et al. (2007) gave participants 3 months of intensive meditation training and found that afterwards the attentional blink was drastically curtailed. In other words people were capable of processing information with more speed and accuracy. Other studies have also suggested that meditation can benefit motivation, cognition, emotional intelligence and may even sharpen awareness to such an extent that we can control our dreams (Walsh & Shapiro, 2006).  Research on meditation’s effect on attention is in its infancy, but these initial findings certainly look promising.

A beginner’s guide to meditation.

Learning to observe the mind as opposed to attaching ceaselessly to its chattering takes time. I have practiced meditation for 10 years and have certainly not always been consistent in my practice, but the restlessness that has followed a period of non-practice has always brought me back. A simple method that I have used for taming ‘the mad monkey mind’ is the following.

The key is to notice in a detached way what’s happening but not to get involved with it. I often think of meditation, or meta-awareness as being akin to being a member of the audience watching the drama of the mind as opposed to being an actor on stage totally involved in what is happening. Like any type of core strength, or skill, open awareness does not come naturally and takes time to develop. The breath is handy because it is ever-present but you could choose anything to focus your attention on, a candle flame, a rose…whatever it is try to focus all your attention onto it. When your attention wavers, and it will almost immediately, gently bring it back. Don’t chide yourself, be good to yourself. The act of concentrating on one thing is surprisingly difficult: you will feel the ‘mental burn’ almost immediately but this eases with practice.

New ways of being

As William James pointed out attention is so fundamental to our daily lives that sharpening it up is bound to spill over into many different areas of everyday life. In fact attention is so fundamental to consciousness that it’s no exaggeration to say that what we pay attention to makes us who we are. Potentially, then, meditation offers a way to remake ourselves, leaving behind damaging or limiting habits and discovering new ways of being.

Kabat-Zinn Full Catastrophe Living: Using the Wisdom of Your Body and Mind to Face Stress, Pain, and Illness (Delta, 1991), and Wherever You Go, There You Are: Mindfulness Meditation in Everyday Life (Hyperion, 1994). He co-authored with Myla Kabat-Zinn Everyday Blessings: The Inner Work of Mindful Parenting, (Hyperion, 1997). Other books include Coming to Our Senses (Hyperion, 2005) and his most recent book The Mindful Way Through Depression: Freeing Yourself from Chronic Unhappiness, co-authored with J. Mark G. Williams, John D. Teasdale and Zindel V. Segal (Guilford, 2007), www.youtube.com/watch?v=3nwwKbM_vJc).