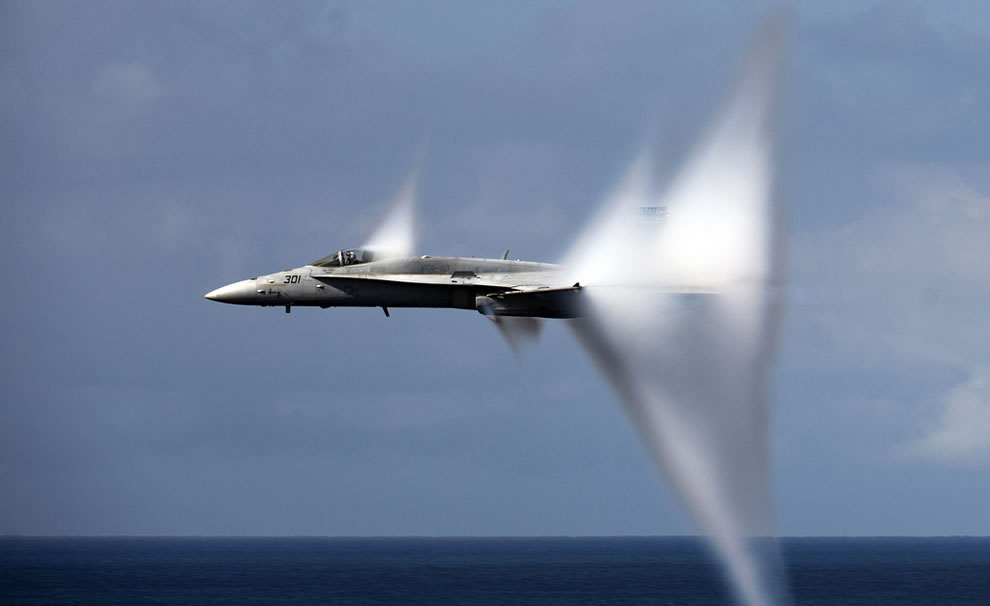 Book review: The better angels of our nature.

The Better Angels of Our Nature: Why Violence Has Declined: by Steven Pinker 2011 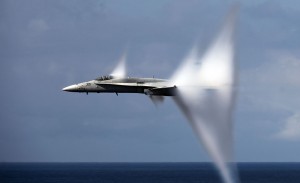 According to the Stockholm International Peace Research Institute (SIPRI), worldwide military expenditures have been growing annually for the past 15 years, and between 15 and 20 armed conflicts- yes wars- are in progress as you read this. All told, upward of 175 million people died in war related violence during the 20th century, plus another 8 million because if conflicts between individuals.

Even so, according to the weighty new book by Harvard University psychologist Steven Pinker, the ‘better angels’ of human nature have actually brought about a dramatic reduction in violence during the past few millenia. Yes, the absolute number of victims has been rising, but relative to the worlds population, the numbers look ‘good’.

The shift towards nonviolence,he says, has been driven by many factors, such as the spread of agriculture and the rise of feminism and democracy. Such trends have led to a reduction in intitutionalised torture and execution and slavery and, especially in recent years, to an increase in the rights of women, homosexuals, children and animals.

Pinker claims that our dark side is driven by an evolution based propensity toward predation and dominance. On the angelic side, we have, or at least can learn, some degree of self control, which allows us to inhibit our darker tendencies. In one disturbing chapter, he describes in graphic detail the savage way in which chimpanzees- our closest genetic relatives in the animal world- torture and kill their own kind. The parallel with the shadow aspects of the human condition is unmistakable.

The biggest problem I had with the book is the assumption that we look at relative numbers instead of absolute numbers in assessing human violence. But why should we be content with only a relative decrease? By this logic, when we reach a world population of 9 billion in 2050, Pinker will conceivably be satisfied if a mere 2 million people are killed in war that year.

Surely this is not the best case scenario we can hope for?

Decoding Sexual Desire: Why You’re Into It—or Not 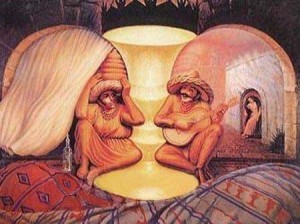 Desire. When you have it, nobody questions it. When it is absent, it can be tricky to talk about. After all, the subject is delicate, and what is the point? You probably have little clue what is going on anyway. Luckily, scientists are looking out for you—because it is not even close to being just you. An astounding 40 percent of American women between the ages of 20 and 70 have problems with low sexual desire. Men have issues, too, but the numbers are shaky, because, as difficult as this is for women to talk about, men won’t touch the subject. (Even in a doctor’s office, their willingness to address an absence of sexual wants begins and ends with the mechanical issue.)

Plenty of folks have considered the usual suspects in the sapping of sexual desire. A recent study of young women shows the most common factor in females is stress and fatigue, followed by poor self-image and then sexual difficulties such as the inability to reach orgasm. But a lack of desire can stem from conceptual problems involving the way you view sexual experiences, says Syracuse University neuroscientist Stephanie Ortigue. “Desire is more than an emotion,” says Ortigue. “It involves brain areas involved in thinking intellectual things. That is why it’s so personal, so subjective, and so common.”

And although endocrine, genetic and psychological factors can all contribute to desire, or the lack of it, Ortigue’s perspective comes largely from looking at brain circuits.

Several years ago, Ortigue’s team and two others sketched a network in the brain that is always activated when we experience sexual desire. The three research teams independently landed on the same brain regions. These included areas governing emotion, motivation, body image—and, notably, memories associated with life experiences. Memories can affect desire in subtle, subconscious ways. For example, if a person has a feature or personality that reminds you of something positive in your past, a subconscious association between that person and pleasant reveries may trigger desire, Ortigue says. In this way, desire emerges from a collaboration of emotional, motivational and intellectual parts of the brain, she says.

Ortigue and her team recently took a look at these brain regions in 13 women between 26 and 47 who qualified as having hypoactive sexual desire disorder. These women either had no feelings of sexual interest or those feelings had plummeted to a low level of late; many had no sexual thoughts or fantasies. They lacked any impulse to even try to become aroused. And they said the absence of these feelings and thoughts distressed them.

The researchers asked these women—as well as 15 women with no lack of desire–to look at both pictures of male models and nonerotic photos while their brains were being scanned. As expected, the women who lacked desire showed abnormally low activity in the brain network previously linked with that feeling. More surprising, however, was that these same women also showedmore activity in prefrontal brain regions involved in inhibition of action, attention to and judgment of the self, and interpreting the actions of other people. That is, that proverbial headache probably has its roots in this decision-making, self-control, theory-of-mind part of the brain.

The work dovetails with decades old studies by William H. Masters and Virginia E. Johnson, who coined a behavior called “spectatoring” they found common among people with sexual disorders. In spectatoring individuals become spectators of themselves during intimate encounters, viewing themselves from above and judging the situation.

“People really suffer from this,” says Ortigue, referring to hypoactive sexual desire. And knowing that the cause is less chemical in nature than psychological and intellectual may offer hope. Instead of fiddling with hormones, says Ortigue, teach people to stop judging themselves and others so much. 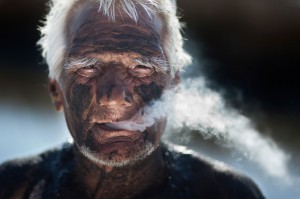 These are the first lines of what’s known as the Serenity Prayer, which is well known to many recovering alcoholics. It’s often recited in the rooms of AA as a reminder of the core principle of successful sobriety: Acceptance of the reality that for addicts, nothing but absolute, lifelong abstinence will lead to healthy and lasting recovery.

As simple as that message is, it’s very difficult for many alcoholics to embrace, at least at first. Most resist the finality of an absolute prohibition, hoping and looking instead for half measures and temporary fixes to the problem—or putting off abstinence for another day. These lukewarm efforts often end in relapse.

What’s actually going on in the mind of an alcoholic as he or she goes through the process of recovery? What are the cognitive mechanics underlying the initial, angry rebelliousness and, later, the genuine commitment to a sober life?

Duke University psychological scientist Aaron Kay has some ideas that may clarify this mysterious transformation. The human mind, he and his colleagues say, sees all restrictions, prohibitions and bans as fundamental limits on personal freedom. Personal freedom is so highly valued, and so important to our sense of identity, that we will go to great lengths to protect it. On the most basic level, when the mind processes “no drinking ever again”—this prohibition is perceived as nothing less than a totalitarian clamp-down on personal liberty, and processed in the same way as any such edict. It’s the cognitive equivalent of “no travel allowed” or “all political speech prohibited.”

We have two ways of dealing with such unwanted restrictions on liberty. The first is what scientists call “reactance,” which really just means shouting, no! People get annoyed, indignant, outraged, defiant; they bridle at the new restriction, and inflate the value of what’s being taken away—in the case of an alcoholic, the freedom to drink without censure. Or—quite differently—people sometimes rationalize the new prohibition. They go through whatever cognitive gymnastics are needed to make this unwelcome restriction okay, to cast a positive light on the prospect of never drinking again.

These two processes are incompatible, so why does one win out over the other? Why do we jealously guard our liberty some times, and other times go through mental contortions to rationalize bans. Kay and his colleagues believe it is a single factor—the absoluteness—that shapes our thinking. When prohibitions are the least bit tentative or vague, if they allow any loopholes, then we plot to get around them and preserve what’s ours. But when restrictions have no shades of gray, and no prospect of bending, we search out ways to make them palatable. The scientists tested this theory in a couple simple experiments.

In the first one, volunteers read about how a hypothetical new city speed limit would improve public safety. Then some of these volunteers read that lawmakers had already acted to lower the speed limit; according to this news story, the law would go into effect on a prescribed date. Others read that it was likely the new law would go into effect, but that it had not been enacted yet. In other words, some were presented with a fait accompli, while others were left thinking about a likely—but not signed and sealed—restriction on their driving rights.

Afterward, all of the volunteers—including a control group—rated their level of annoyance regarding the lower speed limit. They also reported how often they drove in the city, assuming that regular drivers would be more annoyed than infrequent drivers, who might see the restriction as irrelevant.

The results, reported on-line in the journal Psychological Science, supported the scientists’ theory. Those presented with an absolute, written-in-concrete restriction were much more likely to rationalize the change. They had more positive attitudes toward the new speed limit than did controls. By contrast, those who read about a likely new limitation expressed much more annoyance; it was not yet a certainty, so they wanted nothing of it. As expected, the frequent drivers were more likely to rationalize the infringement on their liberties; they were more motivated to make the infringement acceptable.

The second experiment was similar, but with some important differences. In this case, the volunteers read about the dangers of using a cell phone while driving—and a government plan to ban the practice. But the scientists introduced a new twist as well: Some read that it was a done deal; others that there was a small chance it would not be passed; and still others that there was reasonable chance it would be voted down. In other words, they introduced two different degrees of uncertainty.

Again, the volunteers rated how bothersome the new restriction would be, and they also rated how important this particular liberty—driving while talking on a cell—was to them. And again, volunteers facing the absolute certainty of a new ban were more likely to rationalize: They played down the importance of this right. Those who faced the likelihood of a new restriction had a harsher reaction. They claimed that this restricted right was very important to them, and this was the case even if there was only a miniscule chance of the new ban not being approved. These findings boil down to this: We are very reluctant to give up any bit of personal liberty, and will grab at straws before we do.

Kay and his colleagues concede that life is more nuanced than these studies suggest. Some restrictions on liberty, even when they are absolute, may be too sudden or too abhorrent to be rationalized easily. That may be the case with the alcoholic, who certainly faces a horrifying prospect. The alcoholic must also dictate his or her own prohibition and with time come to the realization—or rationalization—that freedom isn’t always liberating, and restriction isn’t always oppressive.