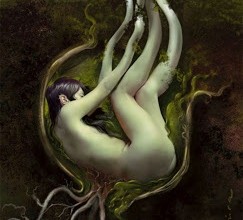 The anatomy of an ache.

“Loyalty to petrified opinion never yet broke a chain or freed a human soul”
Goethe.

Enduring the enlargement of consciousness is hard, bloody work. The  jagged journey begins with confusion, shifts into doubt, drops rapidly into fear, moves on to unbearable loneliness, before arriving at solitude where the real dialogue with Self can begin.

Who among us has not felt insufficient to meet the demands of Life and wished for some deliverance? Who has not watched the familiar slip away and felt thrown back on ones own meager resources?
In an effort to stand courageously, vulnerably and responsibly before the Universe, I am being challenged to grow up. To take on the journey with greater consciousness.

The call to evolve is terrifying.

Individuation by definition is the advancement of the Cosmos through the fullest possible development of the individual. To regress, to seek safety by clinging to the familiar, to abstain from the journey towards ones fuller self, is no longer possible, for it feels like soul-crime. When a deep truth emerges no matter how terrifying, it must be honored.

It is always tempting when the chasm of change yawns beneath one’s feet, to return to one’s addictions to soothe the way. All addictions are anxiety management systems whether that anxiety is conscious or not. Whether one reaches for a cigarette, a drink, a white powder, food or another person, the connection momentarily heals the primal wound we all carry. Loneliness is briefly replaced by fusion with an other. To move through enlargement, to face fear and sadness from one’s core takes courage and resourcefulness and sometimes, I gladly falter, only to return once again to the working surface.

We are continuously obliged to choose between anxiety and depression. If we are caught in regressive behavior, thereby sabotaging our individuation, we will suffer depression. If we overthrow our psychic lethargy and move out into the world, we will experience an increase of anxiety. Hardly a pretty choice, but it is a choice we make consciously or not, virtually every moment.

So here from the precipice of my old self, I see the repetitions, the old familiar wounds, the antiquated defenses and still I choose to move forward, because all these repeated experiences have but one aim…to teach me what I do not want to learn. 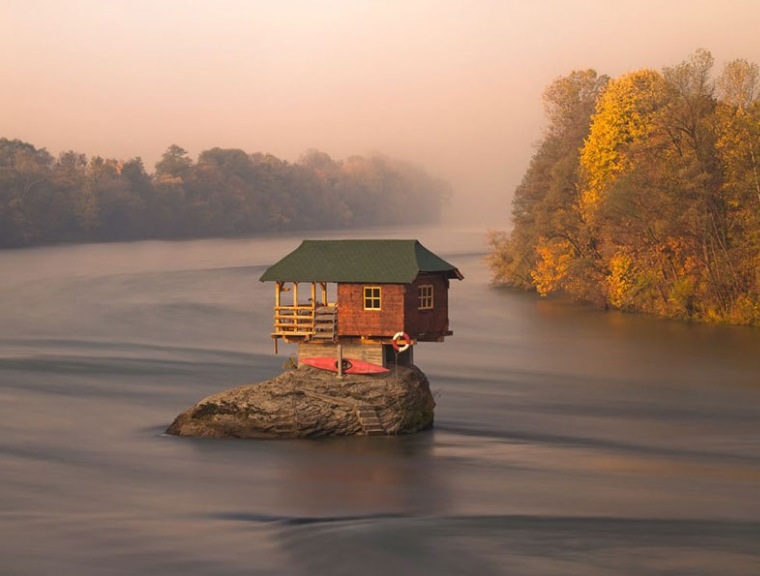 After having the privilege of working with Jamie this year I have become increasingly aware of the value of simplicity. In the murky dark world of personal and relationship therapy, I have found much strength and solace in the opposite of complex relationships and resolution possibilities. A womb of refuge and sanity, allowing moments of clarity and hope. Simplicity.

Against the chattering of all my “inner advisors”, I have decided to write this for two reasons;
– In respect ,recognition and support of Jamie, who has selflessly gone ” above and beyond”  for many of us.
– And secondly someone who has achieved what few have previously done, doggedly prodding me on to acts of uncomfortable courage and understanding the strange truth and value of “never not broken”.

The picture chosen as an invitation to participate in ” The Emperor’s New Clothes ” in my mind is inspiration sufficient.

Simplicity is the state or quality of being simple. It usually relates to the burden which a thing puts on someone trying to explain or understand it. Something which is easy to understand or explain is simple, in contrast to something complicated. Alternatively, as Herbert A. Simon suggested, something is simple or complex depending on the way we choose to describe it. In the context of human lifestyle, simplicity can denote freedom from hardship, effort or confusion.

Definitions of complexity often depend on the concept of a “system”, a set of parts or elements that have relationships among them differentiated from relationships with other elements outside the relational regime. Many definitions tend to postulate or assume that complexity expresses a condition of numerous elements in a system and numerous forms of relationships among the elements. However, what one sees as complex and what one sees as simple is relative and changes with time

Nothing could be truer in the context of the work that I have covered with Jamie concerning my marriage. I often find myself during the day or lying awake at night with my head spinning, fuzzy and coated in a thick fog of complexity, re-living the days events. Couple therapy, individual therapy, what is right and what is wrong , what is the truth, and what do I really want ? . Struggling to understand and make sense of all this complexity.

And then I force myself to journey deep inside myself, taking time to try over and over again, as I still my racing mind, to discipline the many dissenting inner voices. Slowly and painfully I gradually arrive at an inner sanctuary where I can listen to the quiet inner voice of “self” and “truth”, and things start to become simple and clearer again. I breathe.

I have resolved a fierce inner debate on whether to write this blog or not. The tipping point came when I read Jamie’s post about ” Never Not Broken” and the more personal piece of “learning To Love with everything I have”. Life and healing requires courage, personal courage.

In keeping with the offering of simplicity I wanted to balance serious reflection with two small things that have inspired me. I hope they do the same in some strange way for one or more of you out there.

To see a World in a Grain of Sand
And a Heaven in a Wild Flower,
Hold Infinity in the palm of your hand
And Eternity in an hour.

With Apologies to Thelma and Louise…. 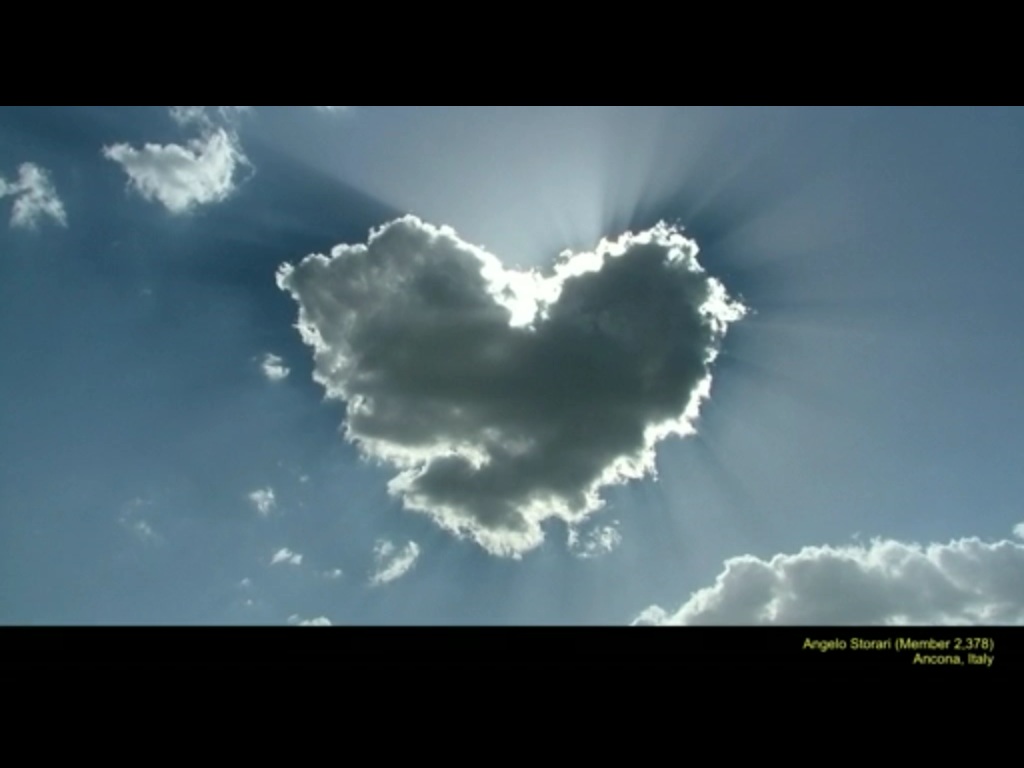 Taken from Taking the Leap: Freeing Ourselves from Old Habits and Fears by Pema Chödrön:

“The sad part is that all we’re trying to do is not feel that underlying uneasiness. The sadder part is that we proceed in such a way that the uneasiness only gets worse. The message here is that the only way to ease our pain is to experience it fully. Learn to stay. Learn to stay with uneasiness, learn to stay with the tightening, learn to stay with the itch and urge of shenpa, so that the habitual chain reaction doesn’t continue to rule our lives, and the patterns that we consider unhelpful don’t keep getting stronger as the days and months and years go by. Someone once sent me a bone-shaped dog tag that you could wear on a cord around your neck. Instead of a dog’s name, it said, ‘Sit. Stay. Heal.’ We can heal ourselves and the world by training in this way. 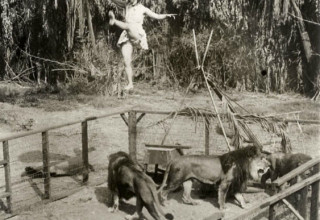 Shrinkrap has new threads! Hooray! In order to celebrate, send us anything you may want to contribute. Everything welcome (well, almost anything). Articles, short stories, poems, quotes, images, anything that made you stop and think is welcome. If you’re a fledgling writer and want to remain anonymous, or use a nom de plume, go ahead, be brave. 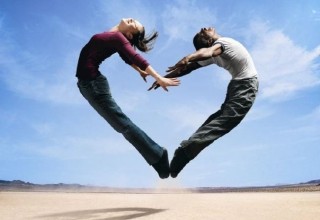 Learning to Love with everything I have

Its been a while since I’ve sent a part of my self out there to the silence.

The following post is a montage of some of the clinical material that has walked into my office over the past couple of months, it is also semi-autobiographical. I never fail to marvel at the external manifestation in my practice of an internal space I am wrestling with. If I happen to be slogging through a particularly difficult time in my relationships, or with a mid-life hurdle, a cluster of souls stumble through the door with similar issues. We’re all in this together. In keeping with the theme of learning to fall apart, I offer the following (part of this was inspired by something I read which resonated profoundly with me).

I sit amongst the carnage of a part of my life as it was, witnessing its gasping last moments. I trip over the blood, guts and bones of my broken dreams and illusions as I walk through this old house, deciding what needs to go and what I will take with me.

My breathing is laboured and I can feel that the end is near—rather than avert my eyes away from those parts of me that are dying, I stay fixated, my heart grounded in place, allowing myself to fall apart, over and over again, until it is time to drop into a dead sleep each night.

Each time death knocks at my door, my resistance to the darkness falls (a little); each time, I get stronger and I know that if I can stay with my breath, in the hardest of moments, in the thickness of pain and sorrow, I will wake up to a new day, each day.

But the nights are long and there are wolves…and fear rattles in my bones and pushes, pushes his ferocious way to the surface, trying to force love out of the way because fear is a hungry, greedy bastard.

My mind scatters in his presence, days run into each other, I lose time and can’t think straight, I have to catch myself before I spiral into hopelessness, its hard, very hard.

Yet, the only thing I can be right now is alone, because I must hold space for what is unfolding (which is me; my heart and a whole string of heartbreak moments that need to rise up before they can die the true death).

I am afraid to be alone.

I am afraid that I will be alone, forever.

I know that soon, one day, being alone will become a dance and something to embrace; I will unfurl my wings and let them spread wide in my new space, tattered and torn, yet stronger then ever before.

I speak openly and honestly no matter how shameful or embarrassed I feel because I know there is freedom in truth and I know that some things must die in order to evolve.

And a message is whispered into my ear by the spirits and avatars that surround me, reminding me that the only way is through —and that there is one thing to do when a heart breaks and that is to love with everything that I have. 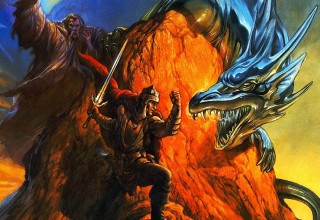 (Test pattern ) please be patient, we are currently fighting dragons. Back soon.