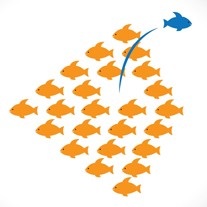 So much going on in my head.
Souls bringing me nuggets which I cannot but marvel at.
A moveable feast.
The following is a thin, ragged cross-section of today’s thoughts…

Does regret have a purpose? Or is it just an excuse not to get involved in the present?

Could fantasy be therapeutic? For example, would imaginatively crafting a best case scenario between you and an interminably frustrating other in your mind not go some way to alleviating an irreparable situation, or is acceptance of what is the only way to find peace?

Why do some women fantasize about (and I know how controversial this is in a country plagued by gender based violence) sex where they abdicate any volition or control? Is it perhaps that they want to surrender the control that they have to maintain in so many other areas of life? What about Fifty Shades struck such a collective cord for millions of women?

Why are so many men emasculated in the bedroom? How many constantly check in whether their partners are satisfied in order to feel validated? Where is the wild, primal essence between men and women? Beyond the thin veneer of ego and orgasm driven intercourse?
It appears that even in the bedroom, so many of us have to make anxiety driven decisions to keep our partners happy without tapping into our own primal wild selves…How exhausting!

Is anyone out there doing an audit of this year? Month by month?

If this year were a growth ring in my tree stump, it would dwarf everything that came before it. If its possible to be devastated. humbled, exhausted, inspired and finally hopeful all within a year, this would be that year.

I encourage you to pause a moment…Reflect, take stock.
How are you doing?
Where are you stuck?
Where have you grown?

What needs to happen now? 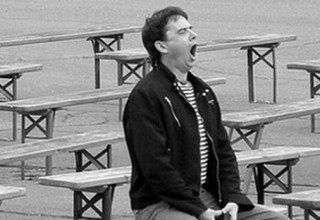 Is the ‘Midlife Crisis’ just an excuse?

Is the midlife crisis just an excuse?
By Emma Jacobs

Elizabeth has had enough of life as a City lawyer. Now, in her mid-thirties, she has decided to change careers. “Life is short,” she says, wincing at the cliché.
As the first person in her family to make it to university, Elizabeth – who does not want to use her real name – had felt obliged to follow through with a sensible profession. Her twenties were consumed by office all-nighters, finding her way and proving herself. When she hit her thirties, while the hours continued to be punishing, she felt able to lift her nose from the grindstone and evaluate her career. “I am not as engaged in my work as my peers,” she reflects. To make partner she would have to crank up her commitment – and she just cannot bear to do that. So in her spare time she studies psychology, in anticipation of switching professional tracks.

She admits to feelings that border on depression but views them as a “productive indication” that she no longer wants to be a lawyer and desires a job with “more meaning”. A “midlife crisis” is how she views it.
“Midlife crisis” is not a clinical disorder. However, Dr Michael Sinclair, a consultant psychologist based in the City, has observed increasing numbers of thirtysomethings experiencing profound anxiety about their career choices and lives. “These are problems more commonly associated with people in their mid-forties thinking about mortality. They are coming out of recession, a period of being single-minded. They are burnt out and asking ‘what’s the point of work?’”
Louise Matthews, a former personal assistant in recruitment and insurance, believes that the “midlife crisis is beginning earlier these days”. She suggests it could be “because we have too much choice and information coming”, which can lead to feelings of dissatisfaction but also paralysis. “It can be pretty overwhelming.”
The notion of a midlife crisis, is contentious. Coined in 1965 by Elliot Jaques, a psychologist, he described it as “the adult encounter with the conception of life to be lived in the setting of an approaching personal death”. In popular mythology it is generally characterised by fortysomething men swapping families and jobs for sports cars, hair plugs and young girlfriends – all rather silly.
However, research published earlier this year found an average midlife dip in happiness – or subjective wellbeing as it is described by economists – happened between 40 and 42. Professor Nattavudh Powdthavee, co-author of the longitudinal research across three countries, says this confirms previous studies that show a hill-shape relationship between age and the use of antidepressants. It builds on research, published in 2012, that found chimpanzees and orangutans also experience a U-shape in happiness (as reported by zookeepers rather than the apes themselves). Prof Powdthavee says this suggests there could be biological explanations behind the midlife nadir. He sees this as a reason to be optimistic. “When you know this, you can go through the period thinking at some point it will get better.”
Mid-life crises can manifest themselves in different ways. “It is a transitionary phase,” says Dr Derek Milne, a psychologist from Newcastle University and author of Coping With a Mid-Life Crisis. “It can be intermittent or express itself as vague disquiet.”
Perhaps people in middle age can learn from the elderly who feel less regret and have adapted.

Dr Hannes Schwandt of Princeton University believes midlife, unlike infancy and old age, is under-researched. Last year, he published research focused on “unmet expectations”. It found the young are optimistic – perhaps even “over-optimistic” – while those in their forties and fifties feel regret, before making their peace in older age. “Perhaps people in middle age can learn from the elderly who feel less regret and have adapted,” he suggests.
The fallout from midlife malaise might make people less productive, notes Dr Schwandt. Employers might therefore want to take note. “It could improve peoples’ wellbeing if we acknowledged the problem”, he says.
Jodie Rogers, a careers coach, says work is a source of crisis for her middle-aged clients. “They ask themselves what legacy they are leaving behind. They start to feel bad about feeling discontented. They have a job and pay cheque, they don’t know if they have the right to seek more. There is a real tug of war between the feeling they should be satisfied with their life and wanting to do something more meaningful.”
Paul Dolan, professor of behavioural science at the London School of Economics, and author of Happiness by Design, believes we need a mix of purpose and pleasure in order to feel truly happy. In a forthcoming paper, he argues that much of the economic literature on midlife crises focuses on our evaluations of what makes us happy rather than our actual experiences. In other words, the stories we tell ourselves about what makes us happy – that a prestigious job is good – even if our day-to-day experience of the work makes us miserable.
Other experts, however, dismiss any connection between age and crisis. Susan Krauss Whitbourne, professor of psychology at the University of Massachusetts Amherst, sees age as a “social construct, highly dependent on the individual”. The attraction of seeing midlife as a period prone to crisis, she says is akin to horoscopes: “It gives you certainty. It gives an excuse and an expectation.”
She does, however, think that today, more people want to express their true sense of self in their job.
Elizabeth agrees – she says her parents are baffled by her career dissatisfaction: “They say it is a luxury of my generation. They never thought of enjoying their careers – they just got on with it.”
Many people, says Prof Whitbourne, fantasise about dramatically quitting their jobs. But, she says, “it is better to make baby steps towards a change”.
Dr Sinclair agrees: “People can be too goal-focused. They have ticked off making money and career goals, and wonder what next?” He helps them to understand life is not about ticking off their goals but living by their values. Rather than resign, they may find that making small changes in their jobs, for example collaborating with colleagues or mentoring a junior employee, can make work feel more meaningful.

Arguably one of the biggest career anxieties for people in midlife is age discrimination, writes Emma Jacobs. “Older workers are often targeted during downturns because they are more experienced employees,” explains Patricia Cohen, author of In Our Prime: The Invention of Middle Age , “Their wages are higher and they may have more extensive benefits.” Moreover, the premium that many businesses put on youth, or the association between youth and creativity or innovation, can make middle-aged workers feel devalued.
Meanwhile, the ability to shift careers in midlife without worrying about income has become increasingly rare, she argues. “Those who have such options are very fortunate.” 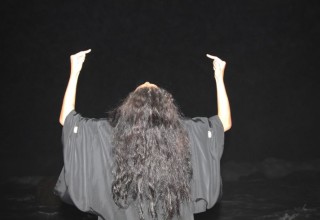 The idea of saying F**k it comes from a radical realisation.

That we are all one and therefore do not exist as individuals
That the world as we know it, reality as we perceive it, is just an illusion
And that everything in this illusion is simply arising of oneness- all therefore divine.
All beautiful, nothing good or bad, nothing better or worse
No going anywhere, no point, no meaning
Just oneness, unicity, playing with itself
The eternally masturbating God if you will
This is very difficult to get. In fact it’s probably impossible.
But it’s probably true…all the great religions and philosophies point to this truth
All mystics, meditators, seers and visionaries
See the same thing, the One Thing

So don’t bother “getting it”.
Say F**k it for now.
But at least its been said
And one day, it may well be seen.