Social media-minded millennials are the most narcissistic generation on record, but recent psychological research indicates that Facebook isn’t to blame for that image obsession.

“We do know that narcissism levels among millennials are higher than previous generations and that this rise in narcissism has coincided with the explosion of Facebook,” said Shawn Bergman, an assistant professor of organizational psychology at Appalachian State University in Boone, N.C. “However, our research suggests that SNS usage is not an indicator of narcissism, but rather a product of the times.”

“I think people have made a causal connection between Facebook and higher levels of narcissism because they know this one highly narcissistic kid who is always on Facebook,” Bergman said. “They use this anecdotal evidence as proof that there is a link between the two and conclude that Facebook is breeding narcissism in our children. What they forget to consider is that the quiet, humble kid down the street is also always on Facebook.”

“There is a significant amount of psychological research that shows that one’s personality is fairly well-established by age 7,” Bergman said. “With Facebook policy not allowing youth under age 13 to register and recent research showing that 85 percent of SNS users are over the age of 18, the personality traits of typical users are fairly well-ingrained by the time they get on a SNS.”

But if Facebook hasn’t fueled this generational spike in narcissism, what has?

Bergman acknowledges that unraveling the cause of millennial narcissism is complicated, but he has a hunch that it has more to do with offline interactions with parents and educators than online networking.

“Parents have coddled and overprotected their children more over the generations and have taught them, intentionally or not, to expect special treatment just for being them,” Bergman said. “This, in combination with the ‘self-esteem’ movement in the schools, has likely resulted in increased narcissistic tendencies in our youth.”

Young narcissists do, however, have different motivations for primping their online profiles. Facebook can serve as a Personality Test.

Rather than keeping in touch and interacting with folks, millennial narcissists are more driven to acquire as many friends as possible and use their carefully crafted profiles to impress.

Narcissists’ profiles tend to feature more self-promoting profile photos and first-person singular pronouns in their “About Me” sections.

“Some research actually indicates that there’s a curvilinear relationship between number of friends and positive outcomes, such as social attractiveness and social support,” Buffardi said. “That is to say, up to a point, having more friends has benefits, but after a certain large number — research indicates around 600 — these benefits actually decrease.”

How to make a good decision.

Their weakness is their secret of their strength… 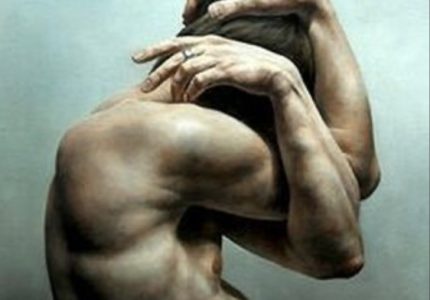