Ever wonder what an “ear worm” really is? 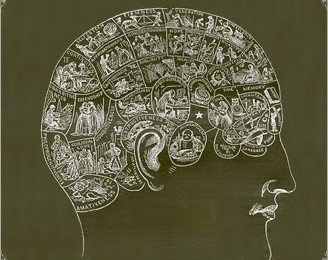 “Earworms”, some people call them. Songs that get stuck in your head and go round and round, sometimes for days, sometimes for months. For no apparent reason you cannot help yourself from humming or singing a tune by Coldplay or Pink, or horror upon horrors, the latest Idols reject, or my particular favorite, Sunlight detergent commercials.

We all get these musical memories, and people appear to have different ones, according to a team at Goldsmiths University in London, who collected a database of over 5,000 earworms. True, the songs that we get stuck with tend to be simple and repetitive, but it seems we are not all singing the same number one song at the same time.

Neurologist Oliver Sacks wrote in his book Musicophilia that earworms are a clear sign of “the overwhelming, and at times, helpless, sensitivity of our brains to music”. Music is defined by repetition, just like earworms, and this might make earworms so hard to shake – they are musical memories that loop, say a particular verse or a hook, forever repeating rather than running to completion. Some people report that singing an earworm to the end can help get rid of it (others report in frustration that this does not work at all).

As well as containing repetition, music is also unusual among the things we regularly encounter for being so similar each time we hear it. Fences are visually repetitive, for example, but each time you see the same fence you will look at it from a different angle, or in different light. Put a song on your stereo and the sound comes out virtually identical each time. Remembering is powerfully affected by repetition, so maybe the similarity of music engraves deep grooves in our mind. Grooves in which earworms can thrive.

Another fact about earworms is that they often seem to have something interesting or usual about them. Although they will often be simple and repetitive bits of music, tunes that become earworms have a little twist or peculiarity, something that makes them “catchy”, and perhaps this is a clue as to why they can take hold in our memory system. If there was nothing unique about them they would be swamped by all the other memories that sound similar too.

If you have got a particularly persistent earworm you can suffer an attack of it merely by someone mentioning the tune, without having to hear it. This proves that earworms are a phenomenon of long-term memory, rather than merely being a temporary “after-image” in sound.

But this is not the whole story. Human memory researchers have identified so called “slave systems” in our short-term memory, components of the mind which capture sights and sounds, keeping them alive for a short time while we focus on them.

One slave system is the “mind’s eye”, capturing visual information, another is the “inner ear”, the part we use for remembering phone numbers, for instance. It is this second part that seems to get infected with earworms. Rather than rehearse our plans for the day, idle thoughts, or lists of things to remember, the inner ear gets stuck on a few short bars of music or a couple of phrases from a song. A part of us that we normally do not have to think about, that should just do what we ask, has been turned against us, tormenting us with a jukebox request that we never asked for.

That our minds are not a unity is one of the basic insights of modern psychology – it is the story Dr Freud was telling, and, although it differs on many of the details, modern cognitive neuroscience says a similar thing. The sense of our selves is not the only thing going on in our minds, psychology says. The mind is an inner world which we do not have complete knowledge of, or control over.

The general solution for the white bear problem is to do something else, to avoid both thinking of the white bear and not thinking of the white bear. For earworms, the solution may be the same. Our inner ear, a vital part of our cognitive machinery for remembering and rehearsing sounds, has become infected with an earworm. This is a part of ourselves which is not under our control, so just sending in instructions to “shut up” is unlikely to be of much help (and has been shown to make it worse). It may be better to employ the inner ear in another task, preferably something incompatible with rehearsing the earworm.

If earworms survive because of their peculiarity, the hook that makes them catch, then my prediction for ridding yourself of an earworm is to sing songs that are similar. If your mind is poisoned by Brittany Spears’ Toxic, for instance, then try singing Kylie Minogue’s appropriately titled Can’t Get You Out Of My Head. By my theory this will erode the uniqueness of the memory habitat that lets the earworm survive. Let me know if it works!