Home  /  Psychotherapy  /  Thinking about the Mind

Thinking about the Mind


How to Think About the Mind 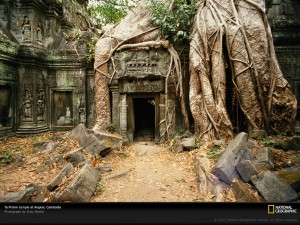 Neuroscience shows that the ‘soul’ is the activity of the brain

By Steven Pinker
Newsweek
Sept. 27 issue – Every evening our eyes tell us that the sun sets, while we know that, in fact, the Earth is turning us away from it. Astronomy taught us centuries ago that common sense is not a reliable guide to reality. Today it is neuroscience that is forcing us to readjust our intuitions. People naturally believe in the Ghost in the Machine: that we have bodies made of matter and spirits made of an ethereal something. Yes, people acknowledge that the brain is involved in mental life. But they still think of it as a pocket PC for the soul, managing information at the behest of a ghostly user.Modern neuroscience has shown that there is no user. “The soul” is, in fact, the information-processing activity of the brain. New imaging techniques have tied every thought and emotion to neural activity. And any change to the brain—from strokes, drugs, electricity or surgery—will literally change your mind. But this understanding hasn’t penetrated the conventional wisdom. We tell people to “use their brains,” we speculate about brain transplants (which really should be called body transplants) and we express astonishment that meditation, education and psycho-therapy can actually change the brain. How else could they work?This resistance is not surprising. In “Descartes’ Baby,” psychologist Paul Bloom argues that a mind-body distinction is built into the very way we think. Children easily accept stories in which a person changes from a frog to a prince, or leaves the body to go where the wild things are. And though kids know the brain is useful for thinking, they deny that it makes them feel sad or love their siblings.

The disconnect between our common sense and our best science is not an academic curiosity. Neuroscience is putting us in unfamiliar predicaments, and if we continue to think of ourselves as shadowy users of our brains we will be needlessly befuddled. The Prozac revolution provides an example. With antidepressant and anti-anxiety drugs so common, critics wonder whether we’re losing the ability to overcome problems through force of will. Many an uncomprehending spouse has asked, “Why don’t you just snap out of it?” But depressed people don’t have lazy souls. The parts of their brains that could “snap out of it” are not working properly. To depressed people it is objectively obvious that their prospects are hopeless. Tweaking the brain with drugs may sometimes be the best way to jump-start the machinery that we call the will.

Prozac shouldn’t be dispensed like mints, of course, but the reason is not that it undermines the will. The reason is that emotional pain, like physical pain, is not always pathological. Anxiety is an impetus to avoid invisible threats, and most of us would never meet a deadline without it. Low mood may help us recalibrate our prospects after a damaging loss. But just as surgeons don’t force patients to endure agony to improve their characters, people shouldn’t be forced to endure anxiety or depression beyond what’s needed to prompt self-examination.

To many, the scariest prospect is medication that can make us better than well by enhancing mood, memory and attention. Such drugs, they say, will undermine striving and sacrifice; they are a kind of cheating, like giving the soul a corked bat. But anything that improves our functioning—from practice and education to a good night’s sleep and a double espresso—changes the brain. As long as people are not coerced, it’s unclear why we should tolerate every method of brain enrichment but one.

In Galileo’s time, the counter-intuitive discovery that the Earth moved around the sun was laden with moral danger. Now it seems obvious that the motion of rock and gas in space has nothing to do with right and wrong. Yet to many people, the discovery that the soul is the activity of the brain is just as fraught, with pernicious implications for everything from criminal responsibility to our image of ourselves as a species. Turning back the clock on the ultimate form of self-knowledge is neither possible nor desirable. We can live with the new challenges from brain science. But it will require setting aside childlike intuitions and traditional dogmas, and thinking afresh about what makes people better off and worse off.

Pinker is the Johnstone Family Professor in the psychology department at Harvard. His books include “How the Mind Works” and “The Blank Slate.”