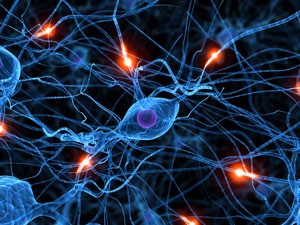 Today’s selection — from The Organized Mind by Daniel J. Levitin. The human brain consumes more energy than any other part of the body…

“The entire brain weighs three pounds (1.4 kg) and so is only a small percentage of an adult’s total body weight, typically 2%. But it consumes 20% of all the energy the body uses. Why? The perhaps oversimplified answer is that time is energy.

“Neural communication is very rapid — it has to be — reaching speeds of over 300 miles per hour and with neurons communicating with one another hundreds of times per second. The voltage output of a single resting neuron is 70 millivolts, about the same as the line output of an iPod. If you could hook up a neuron to a pair of earbuds, you could actually hear its rhythmic output as a series of clicks. …

“Neurochemicals that control communication between neurons are manufactured in the brain itself. These include some relatively well-known ones such as serotonin, dopamine, oxytocin, and epinephrine, as well as acetylcholine, GABA, glutamate, and endocannabinoids. Chemicals are released in very specific locations and they act on specific synapses to change the flow of information in the brain. Manufacturing these chemicals, and dispersing them to regulate and modulate brain activity, requires energy — neurons are living cells with a metabolism, and they get that energy from glucose. No other tissue in the body relies solely on glucose for energy except the testes. (This is why men occasionally experience a battle for resources between their brains and their glands.)

“A number of studies have shown that eating or drinking glucose improves performance on mentally demanding tasks. For example, experimental participants are given a difficult problem to solve, and half of them are given a sugary treat and half of them are not. The ones who get the sugary treat perform better and more quickly because they are supplying the body with glucose that goes right to the brain to help feed the neural circuits that are doing the problem solving. This doesn’t mean you should rush out and buy armloads of candy — for one thing, the brain can draw on vast reserves of glucose already held in the body when it needs them. For another, chronic ingestion of sugars — these experiments looked only at short-term ingestion — can damage other systems and lead to diabetes and sugar crash, the sudden exhaustion that many people feel later when the sugar high wears off.

“But regardless of where it comes from, the brain burns glucose, as a car burns gasoline, to fuel mental operations. Just how much energy does the brain use? In an hour of relaxing or daydreaming, it uses eleven calories or fifteen watts — about the same as one of those new energy-efficient light-bulbs. Using the central executive for reading for an hour takes about forty-two calories. Sitting in class, by comparison, takes sixty-five calories — not from fidgeting in your seat (that’s not factored in) but from the additional mental energy of absorbing new information. Most brain energy is used in synaptic transmission, that is, in connecting neurons to one another and, in turn, connecting thoughts and ideas to one another.”

The Organized Mind: Thinking Straight in the Age of Information Overload