Home  /  Psychotherapy  /  Learning to take it easy on yourself

Learning to take it easy on yourself 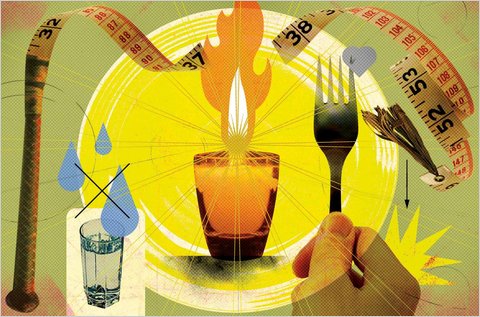 That simple question is the basis for a burgeoning new area of psychological research called self-compassion — how kindly people view themselves. People who find it easy to be supportive and understanding to others, it turns out, often score surprisingly low on self-compassion tests, berating themselves for perceived failures like being overweight or not exercising.

The research suggests that giving ourselves a break and accepting our imperfections may be the first step toward better health. People who score high on tests of self-compassion have less depression and anxiety, and tend to be happier and more optimistic. Preliminary data suggests that self-compassion can even influence how much we eat and may help some people lose weight.

This idea does seem at odds with the advice dispensed by many doctors and self-help books, which suggest that willpower and self-discipline are the keys to better health. But Kristin Neff, a pioneer in the field, says self-compassion is not to be confused with self-indulgence or lower standards.

“I found in my research that the biggest reason people aren’t more self-compassionate is that they are afraid they’ll become self-indulgent,” said Dr. Neff, an associate professor of human development at the University of Texas at Austin. “They believe self-criticism is what keeps them in line. Most people have gotten it wrong because our culture says being hard on yourself is the way to be.”

Imagine your reaction to a child struggling in school or eating too much junk food. Many parents would offer support, like tutoring or making an effort to find healthful foods the child will enjoy. But when adults find themselves in a similar situation — struggling at work, or overeating and gaining weight — many fall into a cycle of self-criticism and negativity. That leaves them feeling even less motivated to change.

“Self-compassion is really conducive to motivation,” Dr. Neff said. “The reason you don’t let your children eat five big tubs of ice cream is because you care about them. With self-compassion, if you care about yourself, you do what’s healthy for you rather than what’s harmful to you.”

Dr. Neff, whose book, “Self-Compassion: Stop Beating Yourself Up and Leave Insecurity Behind,” is being published next month by William Morrow, has developed a self-compassion scale: 26 statements meant to determine how often people are kind to themselves, and whether they recognize that ups and downs are simply part of life.

A positive response to the statement “I’m disapproving and judgmental about my own flaws and inadequacies,” for example, suggests lack of self-compassion. “When I feel inadequate in some way, I try to remind myself that feelings of inadequacy are shared by most people” suggests the opposite.

For those low on the scale, Dr. Neff suggests a set of exercises — like writing yourself a letter of support, just as you might to a friend you are concerned about. Listing your best and worst traits, reminding yourself that nobody is perfect and thinking of steps you might take to help you feel better about yourself are also recommended.

Other exercises include meditation and “compassion breaks,” which involve repeating mantras like “I’m going to be kind to myself in this moment.”

If this all sounds a bit too warm and fuzzy, like the Al Franken character Stuart Smalley (“I’m good enough, I’m smart enough, and doggone it, people like me”), there is science to back it up. A 2007 study by researchers at Wake Forest University suggested that even a minor self-compassion intervention could influence eating habits. As part of the study, 84 female college students were asked to take part in what they thought was a food-tasting experiment. At the beginning of the study, the women were asked to eat doughnuts.

One group, however, was given a lesson in self-compassion with the food. “I hope you won’t be hard on yourself,” the instructor said. “Everyone in the study eats this stuff, so I don’t think there’s any reason to feel real bad about it.”

Later the women were asked to taste-test candies from large bowls. The researchers found that women who were regular dieters or had guilt feelings about forbidden foods ate less after hearing the instructor’s reassurance. Those not given that message ate more.

The hypothesis is that the women who felt bad about the doughnuts ended up engaging in “emotional” eating. The women who gave themselves permission to enjoy the sweets didn’t overeat.

“Self-compassion is the missing ingredient in every diet and weight-loss plan,” said Jean Fain, a psychotherapist and teaching associate at Harvard Medical School who wrote the new book “The Self-Compassion Diet” (Sounds True publishing). “Most plans revolve around self-discipline, deprivation and neglect.”

Dr. Neff says that the field is still new and that she is just starting a controlled study to determine whether teaching self-compassion actually leads to lower stress, depression and anxiety and more happiness and life satisfaction.

“The problem is that it’s hard to unlearn habits of a lifetime,” she said. “People have to actively and consciously develop the habit of self-compassion.”