The Guardian Of All Things. 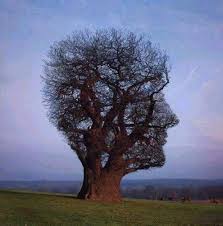 Recently I have been exploring memory and am currently reading two books on the subject. The first is called Memory Mastery by Harry Lorayne and provides practical, lucid techniques to augment memory. I should have read this book years ago, I would have saved months of anguish. I cannot recommend it highly enough if you have ever struggled with your memory, or are concerned about its erosion. The second book is called The Guardian of All Things by Michael S. Malone, this is more about the process of memory and although memory is one of the most powerful of all human forces, it still remains an enigma to scientists:

“As long suspected, memory creation is the result of a biochemical reaction that takes place in nerve cells, especially those related to the senses. Recent research suggests that short-term, or ‘working,’ memory operates at a number of different locations around the brain, with special tasks tending to be handled in the right hemisphere of the brain and verbal and object-oriented tasks in the left. Beyond that, the nature of this distribution, retrieval, and management is the subject of considerable speculation. …

“Long-term memory, though it uses the same neurons as short-term memory, is, as one might imagine, quite different in the use of those neurons. Whereas the short-term memory is limited in scope and capacity, long-term memory takes up much of the landscape of the upper brain and is designed to maintain a permanent record. Only in the last few years have researchers determined that memories are often stored in the same neurons that first received the stimulus. That they discovered this by tracking storage of memories in mice created by fear suggests that evolution found this emotion to be a very valuable attribute in a scary world.

“Chemically, we have a pretty good idea how memories are encoded and retained in brain neurons. As with short-term memory, the storage of information is made possible by the synthesis of certain proteins in the cell. What differentiates long-term memory in neurons is that frequent repetition of signals causes magnesium to be released — which opens the door for the attachment of calcium, which in turn makes the record stable and permanent. But as we all know from experience, memory can still fade over time. For that, the brain has a chemical process called long-term potentiation that regularly enhances the strength of the connections (synapses) between the neurons and creates an enzyme protein that also strengthens the signal — in other words, the memory — inside the neuron.

“Architecturally, the organization of memory in the brain is a lot more slippery to get one’s hands around (so to speak); different perspectives all seem to deliver useful insights. For example, one popular way to look at brain memory is to see it as taking two forms: explicit and implicit. Explicit, or ‘declarative,’ memory is all the information in our brains that we can consciously bring to the surface. Curiously, despite its huge importance in making us human, we don’t really know where this memory is located. Scientists have, however, divided explicit memory into two forms: episodic, or memories that occurred at a specific point in time; and semantic, or understandings (via science, technology, experience, and so on) of how the world works.

“Implicit, or ‘procedural’ memory, on the other hand, stores skills and memories of how to physically function in the natural world. Holding a fork, driving a car, getting dressed-and, most famously, riding a bicycle — are all nuanced activities that modern humans do without really giving them much thought; and they are skills, in all their complexity, that we can call up and perform decades after last using them.

“But that’s only one way of looking at long-term memory. There is also emotional memory, which seems to catalog memories based upon the power of the emotions they evoke. Is this a special memory search function of the brain? Is it a characteristic of both explicit and implicit memory? Or, rather, does it encompass both? And what of prospective memory that ability human beings have to ‘remember to remember’ some future act? Just a few years ago, researchers further discovered that some brain neurons can act like a clock in the brain, serving as a metronome that orchestrates the pace of operations for the billions of nerve cells there.

“Why? These and other features are but a few of the conundrums in the long list of questions about the human brain and memory. What we do know is that — a quarter-million years after mankind inherited this remarkable organ called the brain — even with all of the tools available to modern science, human memory remains a stunning enigma.”