Home  /  Psychotherapy  /  How to make a good decision.

How to make a good decision. 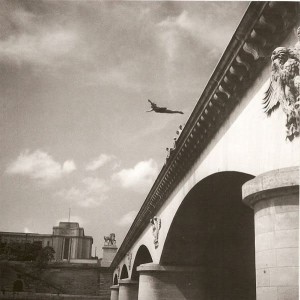 Jason was in despair. “I just can’t make a decision. I’ve written all the reasons for and against leaving my wife. But there are as many logical reasons for staying as for going. If I stay, I feel like I’m missing out the excitements of a single life. If I go I’ll feel guilty and might regret the decision, as I still love her dearly. What shall I do? And how can I be sure whatever I decide is the right decision?”

How do you make a decision? And how will you know, beyond a shadow of a doubt, that it is the right one?

Some things in life are black or white, and so are easy to make decisions about. A juggernaut is speeding towards you. You want to live. You jump out of the way and you know unequivocally you have made the right decision. But should you buy a car in silver or blue? Should you buy this house or that house? Should you go to the party? Marry or not? And if so, who?

So much of life is ambiguous. Sometimes both decisions would have been right or wrong… to some extent. If we wait for absolute certainty before acting then we may never act. Sometimes there are no ‘right’ decisions, only different or alternate decisions. Trying to make the ‘right’ decision assumes that life is always simple or even simplistic. But some people respond to decision making time like a rabbit snared in the headlights of a fast approaching car.

People wreak havoc with their mental health by worrying about what to do. The four most common traps are:

But what about Jason’s marriage?

Jason fitted into the first category. He wasn’t sleeping properly and was constantly obsessing about what he should do for the best. Should he stay and make a go of his marriage (which was by no means bad) or should he leave and ‘enjoy being single’; a touch of mid-life crisis. He had asked friends for advice. He wanted his wife to make the decision for him. He just couldn’t find the answer. The trouble was that the ‘problem’ he was trying to solve wasn’t maths. He was treating the problem of what to do in his life as if it were algebra. If X is the joy of the single life, and Y is the guilt I feel for leaving my innocent wife, what is the product of X x Y? And hey presto, he would come up with a magic number, and a kindly teacher would come and tell him he was correct, and then he’d know without doubt that he’d found the solution.

I had to do something about this.

I asked him if decision making was something he struggled with generally. “You bet”, he said, “and it’s getting worse. I can’t even decide what drink to have in the pub, what to eat, where to take a walk. There are pros and cons to everything.” This gave me a clue. When someone is panicking, it’s essential to take pressure off. Jason was putting all the pressure on himself. I suggested he ‘decide not to decide’ anything at all about his marriage for a period of three months. During that time we would work on improving his decision making skills around the small things. He visibly relaxed. He’d half wanted me to make the decision for him; to tell him what to do. Now I had told him that he needn’t – in fact shouldn’t – make any decision for a while. He was let off the hook for a bit longer. With some decisions you’ll never know for sure it was the right one.

When people do make life decisions, they don’t necessarily ever know they’ve made the right decision but they can still be happy with that. You might stop pursuing one career to pursue another. You may never really know whether it was the absolute right decision as it may have been just fine if you’d stuck with the first one. Unless the old one was awful and the new one is fantastic, the situation is ambiguous. Bad decision makers aren’t good with ambiguity. They want certainty where they have no right to expect it.

But get this – some research tells us that for many decisions you are better off not thinking about it.

When decision making gets tough – trust your gut instincts. Research published in ‘Current Biology’ shows that in some instances snap decisions are better than endless pedantic pondering and logical weighing up. Test subjects (what we non-scientists know as ‘people’) were asked to pick the odd one out on a screen covered with more than 650 identical symbols, including one rotated version of the same symbol. They performed better when they were given no time to linger and were forced to rely on their subconscious to select the correct answer.

Dr Li Zhaoping of University College London said: “You’d expect people to make better decisions when given time to look properly, but this was not so.” He explained: “The conscious or top level function of the brain, when active, vetoes our initial subconscious decision – even when it is correct – leaving us unaware or distrustful of our instincts.” So thinking too much about a decision can leave us worse off. This is what happens with Obsessive Compulsive Disorder, when the subconscious knows very well that you have turned the gas off, but the conscious brain gets too involved and throws the whole thing into doubt, forcing you to check fifty times!

So the famous Milton Erickson’s injunction to ‘trust your unconscious’ is now backed up by research. Your conscious logical brain doesn’t always make the best decisions.

Another study (quoted in The Independent on 9 January 2007) showed that artists drew better portraits when their subjects were shown upside down. This prevented the artists from being distracted by whose face it is, or other ‘higher level’ information, and allowed them to focus on details instead. But does this ‘not thinking’ apply to real decision making, like buying a house or car, or even buying a shampoo?

Researchers at the University of Amsterdam found that thinking hard about what car to buy leads you to make a poor choice, or not the best choice. People identified the best car of four, each with 12 desirable attributes, around 25% of the time. This is no better than chance. The surprise came when the researchers distracted the participants with puzzles before asking them to make their choices. More than half of them managed to pick the best car. Instinctively they picked the better one when they had less time to think.

Clearly logical thought has its place in decision making, but logic is a tool and not the only one in the box!

Which leads to the question: are some people just well too sensible when it comes to decision making?

On being too sensible

Being ‘too sensible’ doesn’t seem like much of a drawback. Sensible people will inherit the earth, I’m sure. But sometimes the most sensible seeming decision just isn’t the best one. Being ‘sensible’ doesn’t allow for the unexpected. It may be more ‘sensible’ not to go on holiday with friends of friends whom you don’t know that well, but at the same time you don’t know what opportunities for new friendships you might gain by going. It may be more ‘sensible’ and safe to always work for someone else – but who knows what you might achieve working for yourself? So if being sensible could be expanded to allow for spontaneity and sometimes just going for it, that would be truly… sensible. Sometimes we can ‘sensible’ ourselves out of having a life.

Finally – how to make a decision

So to make good decisions you need to:

And the upshot with Jason? Well, after three months of learning to go with spontaneous decision making over small stuff, I finally asked him about his marriage. He looked confused and then laughed. “You know, I haven’t really been thinking about that lately. But we’ve been getting along great – so I guess my decision is I’m going to make a go of it!”