Home  /  News  /  Psychology  /  Psychotherapy  /  The Limitations Of Self Control

The Limitations Of Self Control 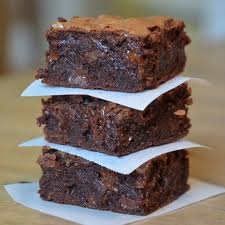 All of us have a finite amount of self-control we can exert each day. Self-control is difficult and energy-depleting, and each time we exercise self-control during the course of a day, we have less remaining for later in that day — making us more susceptible to those habits we are trying to change:

“No one likes to think they’re average, least of all below average. When asked by psychologists, most people rate themselves above average on all manner of measures including intelligence, looks, health, and so on. Self-control is no different: people consistently overestimate their ability to control themselves. This over-confidence can lead people to assume they’ll be able to control themselves in situations in which, it turns out, they can’t. This is why trying to stop an unwanted habit can be an extremely frustrating task. Over the days and weeks from our resolution to change, we start to notice it popping up again and again. The old habit’s well-practiced performance is beating our conscious desire for change into submission.

“People naturally vary in the amount of self-control they have, so some will find it more difficult than others to break a habit.

“But everyone’s self-control is a limited resource; it’s like muscle strength: the more we use it, the less remains in the tank, until we replenish it with rest. In one study of self-control, participants first had to resist the temptation to eat chocolate (they had a radish instead); then they were given a frustrating task to do. The test was to see how long they would persist. Radish-eaters only persisted on the task for about 8 minutes, while those who had gorged on chocolate kept going for 19 minutes. The mere act of exerting willpower saps the strength for future attempts. These sorts of findings have been repeated again and again using different circumstances.

“We face these sorts of willpower-depleting events all day long. When someone jostles you in the street and you resist the urge to shout at them, or when you feel exhausted at work but push on with your email: these all take their toll. The worse the day, the more the willpower muscle is exerted, the more we rely on autopilot, which means increased performance of habits [especially bad habits or habits we are trying to change]. It’s crucial to respect the fact that self-control is a limited resource and you are likely to overestimate its strength. Recognizing when your levels of self-control are low means you can make specific plans for those times.”