Reader submission: ” Let the darkness find you if it must” 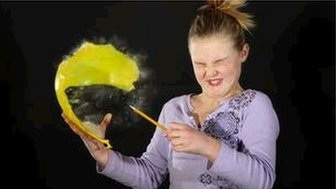 “Let the darkness find you if it must. Throw off the quick and tempting escapes, and seek help only from those who would teach you to grow, feed your soul, embrace your heart, but would not steal away your journey.”

I wish that life was easier. I wish we didn’t suffer heartbreaks and disappointments. I wish we didn’t get fired or crash our cars or that the people we most loved didn’t get cancer or go crazy. No one should lose their homes or their children, but sadly, these things happen every day.

Sometimes our hardships can be so overwhelming that we become paralyzed. We’re trapped in fear or grief, unable to take even the tiniest step towards recovery and in these moments what we need most is a guide—someone or something to give hope and illuminate the path toward healing.

I can’t take away what’s happened and I can’t promise that nothing bad will ever happen again, but I can share my tools for coping and I promise, I’ve learned them all the hard way.

Here’s how to take the first steps to the way out:

This is temporary. I’ve had days where my suffering seemed truly insurmountable, like I really couldn’t survive another moment, but I did and miraculously, sometimes even just days later, things got a lot better.

Often during hard times, we fixate on the cause of the situation. One of the human race’s most persistent questions is why do bad things happen? And why do they happen to people who don’t deserve them? Here is the only answer to that question—they just do. Questioning the hows and whys of tragedy is a futile waste of time.

The point is not to sit around and wonder how the Universe could let terrible things happen or to ask why bad things happen to good people. Instead, we must ask what can we do to help? How can we serve? What can we do to make things better and in what ways can we rise above adversity to demonstrate the magnificence and resilience of the human spirit when shit gets real?

In a rough patch it’s easy to fixate on whom to blame for the problems, but again, this is a waste of time and leads to guilt and shame. Guilt and shame add to paralysis and stagnation. They are tricks that trap and prevent healing. We look for an enemy, even if it is ourselves, but there are no real enemies in this world. That is simply an illusion and a distraction.

When we blame, what we really want to know is if there is a way this could have been prevented, and yes, sometimes it could have been because you or someone else made a poor choice, but the important thing to remember is that it wasn’t prevented. It happened and it can’t be erased. Now, rather than dwelling on the “if onlys,” deal with the realities.

Maybe the hardships are piling up and maybe other people are dumping on you, stiffing you or dissing you. No one can control what other people do, but what we can control is how we treat ourselves. Since you can’t make others do right, then it’s your responsibility to respect yourself. When you are kind to yourself, when you treat yourself, pamper yourself, give yourself a break, the Universe sees that you realize you deserve better and it responds in kind.

5. Get Healthy and Strong.

I know it’s easier to stay in bed and eat cookies and watch series, but sedentary behavior is just another part of the trap. It fools us into thinking we’re comfortable or that we’re shutting out our problems, but those problems are still there and they’re going to stay there until we deal with them, so toss the denial and get moving.

Give the body the nutrients and exercise it needs. A healthy, nourished brain will be able to function better, make better choices and regulate the emotions.

Don’t isolate. We all need other people. During tough times, it’s easy to turn into a hermit because of depression, lack of energy or humiliation. Don’t listen to pessimistic thoughts that will try to convince you that you’re going to be judged or that no one is there for you because it’s simply not true. There are plenty of people who want to help, even strangers. Ask for help and help will come. Reach out to loved ones and be honest about your struggles. Be specific about what you need and what will help the most.

Everyone is a dysfunctional jerk?

Find support groups, mental health care (most communities have free services), talk to a spiritual leader (it’s their job to help you for free!), reach out via social media. Facebook has a million different groups that users can join to discuss, vent, learn or commiserate with people who’ve been through similar issues.

Look outward and help others: It may seem a bit counter-intuitive for someone who needs help to go out and assist others, but trust me on this one. When things become difficult in my life, unmanageable even, I know it’s time to volunteer and to throw myself into being productive and making the world a better place. I’m not exactly sure how this works, but it does. Maybe it’s good karma, maybe it’s a distraction or maybe it’s simply knowing that you’re doing something right, but helping other people in need, even when you yourself are in need, soothes that jagged feeling.

8. Don’t Invalidate Your Own Suffering and Don’t Let Anyone Else Do It Either.

Every day I hear people telling themselves it could be worse. I’ve had tough times when toxic people have told me to suck it up because someone somewhere else has it worse. Of course they do. There’s always someone worse off. For every person who has lost their home to a tornado, there’s a limbless, blind, starving orphan begging on the streets of Calcutta who has it way worse, but just because that orphan exists doesn’t mean that you aren’t allowed your own suffering too. When the man with two broken legs shrugs off his pain and says that he feels badly about feeling badly about his broken legs because there are people dying of cancer, he is invalidating his own suffering. Again with the guilt and shame.

Look, it’s ok to accept pain even if others are in worse pain. Own your hardship, because when you own it, the pain is controlled, and when you can control suffering, healing begins.

There is a lesson in everything. Look for it. All of our experiences on earth have meaning and significance and we can harness all of them, good and bad, hopeless and terrible, to help make ourselves stronger, wiser and more compassionate individuals.

When life’s problems are overwhelming, see this as a cue to rise to the occasion.

So many of us run from our problems. We numb ourselves with alcohol, drugs, shopping, eating, sex. We believe we’re treating ourselves when we do this. We’re convinced that we’re taking the edge off, maybe having a little fun for once. Stop lying. Addictions add to problems and make things a lot worse. Whatever you run from will chase you. Be brave, give up pretend analgesics and solve those problems.

The resolutions to problems or the end of suffering may not arrive exactly as imagined. In fact, things may get worse before they get better. Clinging to a certain outcome may be prolonging the torment because that outcome simply isn’t possible or isn’t truly the best solution right now. Be open to a different version of a happy ending.

I’m a big fan of cheesy, inspirational anything—quotes, stories, books, websites, PBS pledge drive specials presented by various New Age gurus. I love that stuff and I surround myself with it all day every day. Search for inspiration.

Hold close those things which give strength or hope. For me, it’s re-reading The Long Winter by Laura Ingalls Wilder as well as all of the Anne of Green Gables Books. I like to live by one of Anne Shirley’s favorite quotes: “Tomorrow is a new day with no mistakes in it yet.”

Another thing I do is tape my favorite quotes all over the house where I can see them often.

Last year, I found myself in an awful predicament, for which I could find no logical or immediate resolution and I worked myself into a horrific state of anxiety over the fact that no matter what, I just could not fix this. I went to one of my sisters with the problem and her advice was this: “Do nothing. Continue living your life and making good choices for yourself. Stop fighting with this problem and looking for a solution. Sit back and give it the time to work itself out.” I decided to take her advice, though it felt pretty radical at the time.

Almost a year later, the problem indeed worked itself out with no help from me whatsoever. It simply needed time that I wasn’t, at first, willing to give it. Since then, I learned that most problems will work themselves out eventually.

Hard times are temporary and like all storms, they will eventually end. Give thanks for your trials, though it’s difficult, because those who can survive end up stronger, more graceful, wiser and more beautiful for what they’ve endured.