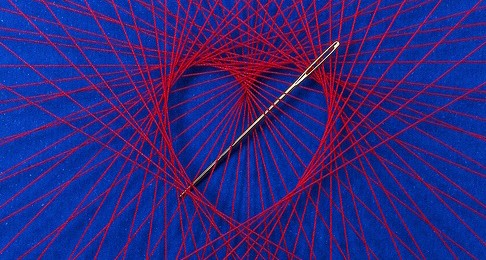 This is a hard one to articulate, but its important to try and get it out there.

I don’t think I have ever encountered any psychological pain that rivals the intensity of what I’m currently feeling. Every weekend as I separate out from my daughter, my heart breaks.
No… it shatters…like thin, fragile glass.
Nothing brings me to my knees with more ferocity.

Yesterday when we parted, she screamed for me, her little body contorting as she reached for her dada…I eventually turned my back when she was safely secured in the car, still wailing-and walked into the house with my own hot tears streaming down my face. They formed a small pool at my feet as I sat staring vacantly. I can still see the stain on the wooden floor. After another hour of being in the void, I began to pick up her toys, each one burnt with the memory of her smiling little face.

I still don’t understand what the lesson in this is supposed to be?
I can’t live with my partner, nor can I live without my children.
what a crucifying dilemma.
Sometimes relationships disintegrate a long time before separation happens.
A thousand small wounds eventually bury us in recrimination and disappointment. In our case I hold no blame, just pain and acceptance.

Does one stay together for ‘the sake of the children?’
Does one sacrifice ones self at the altar of family, grimacing and simmering in resentment?
Always wishing for another life?
Was being part of a family just a reparative fantasy?
So many fathers I speak to know this pain. My practice couch is stained with the hidden tears of men. Some stay in irreparably broken relationships, fearing the intensity of the pain of loss, they soothe themselves with addictions (work, women and whiskey). Others sell off primary parts of their personalities, or anatomies (i.e. balls) at the negotiating table, become domesticated, wrestling crumbs of autonomy from their ‘bitter halves’. A pale death. Some flee into the arms of another woman and painfully recreate extraordinary repetitions. Either way the path is dark.

And yet men suffer in silence, maintaining appearances, often poorly. It is still rare for men to share their emotional pain with other men. There is still an antiquated paradigm that we appear to slavishly serve, “I will not under any circumstances show my vulnerability”…

Sometimes I would rather experience physical discomfort than sit with emotional pain. It is difficult for many of us to know what to do with emotional pain as we are not familiar with its parameters. Historically, men have relegated the world of emotional discomfort to the territory of women and the ‘weak’. Many men will do anything rather than feel or communicate their uncomfortable emotional injuries. This often leads to a variety of relatively predictable enactments…avoidance, denial, repression, fantasy. Anything but dealing with that which is.

So how do we start talking to other men about the pain of being separated from our children without it being viewed as something distinctly unmasculine? Can we not begin to entertain the notion that feeling these intense emotions is just a part of being human? Something that we can perhaps learn and grow from, something to face…even as our hearts tremble.