Home  /  Psychotherapy  /  On why Psychiatrists can be so wrong- reader submission

On why Psychiatrists can be so wrong- reader submission 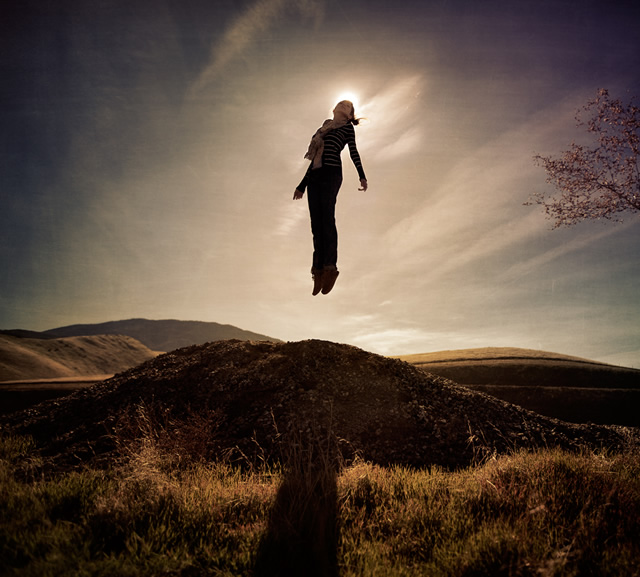 Being “depressed”, suffering from depression and being a “medicated” individual is quite normal. The numbers of boring conversations we “depressed” folk have, on how depressed and medicated we are, are nothing new, because it is normal to feel something less than ecstatic on a daily basis. I, personally, have been labelled everything from depressed to bipolar 1,2, manic, dysthymic – the labels I could proudly bear, if I genuinely believed any of them. Having been a “medicated” individual for a good period of ten years, 2013 is the first year I have been able to take a step back, reclaim my own brain from the paws of the psychiatrists and state simply: “I am not depressed, manic, bipolar or any variant. I am merely alive and working through it”. I have turned away from the path of the drugs for the time being, to enable my own brain to work things out for me. I say the time being, because I recognise the value they can have as an assistant to someone with a lack of mental buffering against daily living. Here is how I came to acknowledge that psychiatrists can very often get life very wrong.
Something that comes up continuously in my journey is the issue of psychic defences. In simple terms, how do we deal with what is thrown at us daily, without resorting to mania, hysteria, medication, alcohol, or the other lists of emotional replacements we have easy access to. These defences, as I have discovered very slowly, start to develop from Day 0, but not everyone has the pleasure of experiencing the development of these skills from the get-go.
From a young age, we are often either taught how to feel, or rely on what limited resources our young brains have to grasp some means of dealing with life. The common phrases are “chin up”, “don’t be sad, Mom will take care of it”, or “think of how much you have to be grateful for”. These substitutes for facing what is happening can be quite damaging to a young psyche trying to evolve in a world that is most fearsome and joyous, as they blanket what a child is facing.

My developmental defences were relatively stunted, because I was never forced to face life on my own. I was cradled, sheltered and constantly protected from any kind of adversarial events or people, and I simply never had to deal with sadness, depression or a family that was rapidly shattering the older I grew. I couldn’t remember when I last remember a family that was happy, but I was so comfortable in my childhood and teen basket of love that, when I was forced out of the nest, my defences were non-existent.
I chose to go overseas following my high school years. I was upended in a world of no nests, but endless opportunities to drink, take drugs, and have sex and repeat – no discipline, no safety nets. I hurtled through it for a good 7 months and suddenly hit a wall. I was spiralling into a danger zone. I felt destroyed. My brain felt frozen. I started self-harming to stop feeling so absolutely shit. Instead of recognising a young mind needing a friendly voice, and some good old chicken soup, exercise and a way to breathe again, I was bundled straight to the doctor, whose R400 assessment was to put me on anti-depressants. No thought patterns, nothing. The message to my brain was “I must be crazy to be on those drugs”.

The thought that I was crazy stayed with me for 10 years. It got worse. Instead of doing things to help my brain heal and strengthen, I was shoved along to more doctors’ appointments, and then, by my volition, to another psychiatrist, whose assessment was to put me straight into a clinic, following weeks of shit-faced benders, more alcohol and more hysterics. If my father had known the truth behind my “breakdown”, he would have said I needed a good klap. I had no idea how to think, deal with any curveballs or lifeballs and my response (drinking til driven to insane behaviour) was rewarded by a lot of medicine and a three week trip to a psychiatric day spa, where I grew fat, read novels and attended art class. My behaviour was not a result of a breakdown, as I was repeatedly told. It was a result of not having the faintest idea how to face any accumulated stress, interpersonal relationships and trauma absorbed over a lifetime.

I waded through a fog of lithium, SSRIs, anti-psychotics and anti-anxiety pills for a 2 year period following the day spa trip. I did nothing to adjust or try and understand my behaviour. I went through brief storms of exercise inspiration, but did nothing to address why I felt anxious, sad or suicidal. The tipping point came when, in a flood of tears, I begged one of my nurturers to help me. The response was brutal – “I can’t help you. You have to figure out what is making you sad. Go see a proper psychologist”. What do you mean, you can’t help me? Why can’t you just keep me in your nest? Give me money to soothe things? I was stymied, but starting to feel the nagging pressure and acknowledgment of adult responsibility weighing on my conscience.

Enter psychologist. The beginning of a massive shift in my thinking. Slowly, painfully slowly, I became aware of my utter lack of capacity to defend my brain against life blows. The brain paths were so addled with chemicals, self-doubt and labels that I didn’t believe it was possible to think independently of these old friends. Half way through my first year of sessions, I panicked and ran back to one of the many doctors. Response? MORE DRUGS! I am aware that this is a profession and they need money and blah blah, but what makes me angry, in retrospect, is that the ease with which the prescription pad came out, as opposed to asking actual questions about why the medicine was needed, countered the efforts of the psychology I was trying to understand.

What seems to work? Upon reflection of the last 9 months of 2013, there are some key patterns and routines I have slowly developed this year and need to stick to. Yoga, as replacement for anti-anxiety drugs. The right people for the right problems – not relying on everyone to be my parachute. Slowing down, instead of speeding up in the face of adversity. Going back to where I am, who I am without the chaos. Connecting with the right therapist and being brutally honest with them – too often did I lie to easily manipulate the doctors into thinking I was crazier than I am, because of my tendency to over-exaggerate on the label. Letting my little girl voice and my inner Ms Miyagi meet and shake hands now and then. If I tumble down and forget these patterns, the rocketing brain starts to fire again and needs to splashed with water to cool down and come back down to earth. That would be called mania by a traditionalist. I can now call it fear being tempered by realistic solutions.

Psychiatrists and GPs can be so wrong, and sometimes right. What I think I would have benefitted from was someone recognising that all that was wrong with me was a little girl needing to grow up, with the right psychic tools in place and the right means to dealing with her own demons. Drugs? Were they necessary? Did they help? I am still yet to decide on whether that path was useful, but I will continue to interrogate my reactions for the timebeing, without the assistance of chemicals and crazy labels.