How to Think More about Sex. 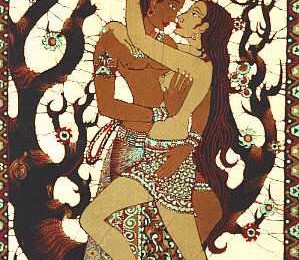 Having just reread Alain de Botton’s ” How to Think More about Sex”, I thought it prudent to share some of his insights with you. He maintains that it is rare to get through this life without feeling- generally with a degree of secret agony, perhaps at the end of a relationship, or as we lie in bed frustrated next to our partner, unable to go to sleep-that we are somehow a bit odd about sex. It is an area in which most of us have a painful impression , in our heart of hearts, that we are quite unusual. In truth, however, few of us are remotely normal sexually. We are almost all haunted by guilt and neuroses, by phobias and disruptive desires, by indifference and disgust. None of us approaches sex as we are meant to, with the cheerful sporting, non-obsessive, constant, well-adjusted outlook that we torture ourselves by believing other people are endowed with. We are universally deviant- but only in relation to some highly distorted ideals of normality.

Many clients reluctantly drag the realities of their sexual life into the therapy space. It appears that most of what we are sexually remains impossible to communicate with anyone whom we would want to think well of us. The silence that surrounds our relationship with sex is often amplified by our comparison with others. Men often compare their performance, or penis size with porn stars, or with the guy who could tie his penis in a knot in matric, women similarly suffer from the virus of comparison battered into feelings of inadequacy with regards to breast or bum size, both sexes relentlessly pursue orgasm as if it were the Holy Grail. “Was that good for you?” is laced with a deep fear that we are not satisfying, not adequate, not ‘enough’ for our partners, or we feign indifference, or worse still, we don’t care.

Whatever discomfort we feel about sex is commonly aggravated by the idea that we are living in a liberated age- and ought by now to be finding sex a straightforward and untroubling matter.
The standard narrative goes something like this: for thousands of years across the globe, due to a devilish combination of religious bigotry and myopic social custom, people were afflicted by confusion and guilt around sex. They thought their hands would fall off if they masturbated. They believed they would burn in Hell if they ogled someone’s ankle. They had no clue about erections or clitorises. Our beliefs were, quite frankly, ridiculous.

Despite our best efforts, sex refuses to be tamed by our curiosity. It refuses to sit obediently on top of love, as it should. Tame it though we may try, sex has a peculiar tendency to wreak havoc across our lives: it leads us to destroy our relationships, threatens our productivity and compels us to stay up too late in nightclubs talking to people whom we don’t particularly like, but whose exposed midriffs we nevertheless strongly wish to touch.

Sex remains in absurd, and perhaps irreconcilable, conflict with some of our higher commitments and values. Unsurprisingly, we appear to have no option but to repress its demands most of the time. According to Boton, “we should accept that sex is inherently rather weird instead of blaming ourselves for not responding in more normal ways to its confusing impulses”. This is not to say that we cannot take steps to grow wiser about sex. We should simply realize that we will never entirely surmount the difficulties it throws our way.
Our best hope should be for a respectful accommodation with an anarchic and restless power.